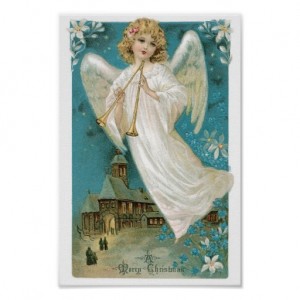 Cold but festive nights.
Nothing brings the souvenirs and emotions of  a traditional White Christmas night to mind but the clear sound of the trumpet.

Listen e.g. to Swedish trumpet virtuoso Ole Edvard Antonsen playing Händel’s Gloria in Excelsis Deo. This is a su0perb trumpeter with a beautiful tone and precision.

This Gloria theme and its variations is also very popular with concert bands, that have a good solo trumpeteer in their ranks. We notice it in the number of downloads from our trumpet sheet music library.

There is namely an excellent and very popoular arrangement for concert band of this great classical masterpiece, from the hand of Etienne De Winne that is downloaded ever so often a couple of months before the year-end, featuring on band concert programs before or around Christmas.

Find the sheet music now in the digital trumpetmusic library.

Looking for more Christmas music for your trumpet ?  Have a look in the trumpet library :
There are must-have themes like the tradtional Silent, Night, Holy Night (for trumpet & organ)
as well as modern compositions like  ‘When Christmas comes’  from Francis Laperteaux.

… and more to be added soon.

Get ready for the next Happy Holidays !

In the coming weeks, you will find here a new website on trumpets and trumpet music.

The idea is to show you the way to a unique digital library of trumpet sheet music, containing a wealth of music for the classical trumpeter.  Our library contains over 400 works for trumpet and is growing at a steady pace.

Apart from some classics for the trumpet, there is a large choice in works written by first-class modern composers, selected and edited by quality music editors, for you to choose from.

Want to have a peep @ the trumpet library already ?

The trumpet is a brass instrument on which a sound is produced by vibrating the lips against the instrument nozzle. In many ancient cultures wind instruments were made of large snail shells for use in all kinds of rituals. 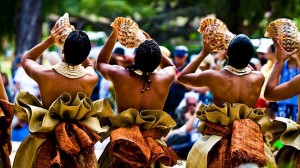 The ancient Egyptians already had trumpets consisting of long straight tubes in silver and/or bronze with conic bore and cantilevered lintels (Sound Funnel ) . These were similar to instruments like the Hebrew Hasosra , the Roman tuba and the Greek salpinx .

In medieval Europe, around 1300,  the long extended tube – which was not very handy to play – was replaced by a shorter model.  Around 1400 the instrument got an S-shaped curve, and in 1500 the tube was bent like a loop. In this form the trumpet was used as a standard in orchestra’s until around 1800. The sleek cylindrical bore resulted in a bright sound, but allowed only to play the natural harmonics of the fundamental tone of the instrument. 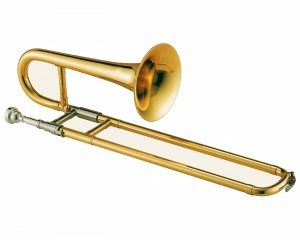 It was around 1800 when instrument makers began  to search design solutions to allow playing the complete chromatic scale on a trumpet. One of the inventions was a valve mechanism for opening and closing openings in the side wall of the tube. Around 1825 – let’s say Beethoven’s time – valves were added to the trumpet design. By opening a valve, additional tube length is obtained, giving the instrument extra fundamental tones and the related overtones .

The modern trumpet has three valves and a bore that is partially cylindrical andpartially conical, which permets to reach the full tonal range of the instrument.

Now this is handy !
Mary